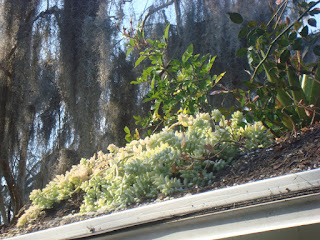 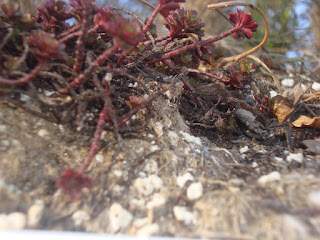 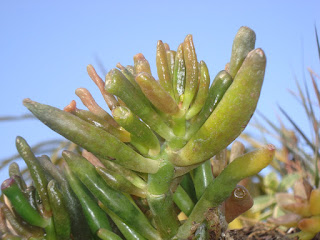 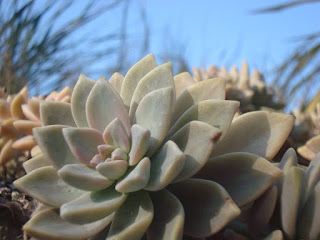 Note the frost and freeze scarring on the above plants. Most of the above scarring is minor. These however are the hardy ones (in the winter... - the summer is another story).

Last night the Channel Four weatherperson indicated that this winter had been the coldest since 1985. In my opinion, it has been the hardest on Green Roof Plants since we started putting plants up in the roof gutters years ago to see ow they'd survive.

We have seen day after day of daytime temperatures in the high 70's (F) with high relative humidity just to have a front come through and dry out the air and drop the temperatures into the low thirties and even mid-twenties (F). That is a fifty degree (F) temperature swing.

Add the desiccating winds and damaging hard frosts and you can see why Florida is so hard when it comes to specifying reliable green roof plants.

But the valuable information is being accumulated! We know what plants are reliably evergreen and can withstand the temperature fluctuations and more!

Happy Green Roofing. Kevin
Posted by Kevin Songer at 5:38 AM 2 comments:
Email ThisBlogThis!Share to TwitterShare to FacebookShare to Pinterest 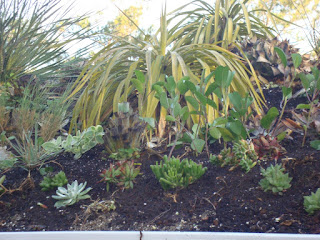 Thirdly, the use of native species is an important step in moving towards restoration of original volumetric green in our Urban Core.

Raising Green Roof Plants from Seed - Green House or Ground? No - The Roof! 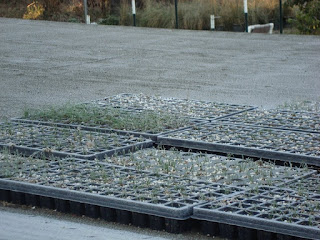 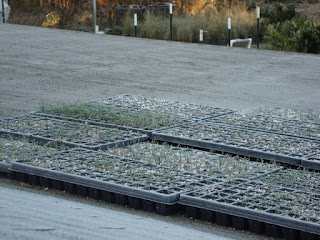 Tip for the day:

When growing Green Roof Plants from seed - if the destination roof is available for use - grow the seeds on the roof. You will be building acclimation into the plants as they grow and minimize transfer shock.

The plants will be familiar with the light levels, climate, winds and morning dews.

The pictures above are the recent Feburary hard freeze showing on seed trays placed on top of a soon-to-be Florida Green Roof! Once the seedlings are mature the mat and liner will be installed then the plants placed into their permanent Green Roof Home. 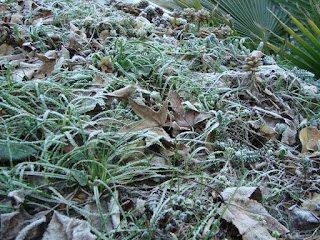 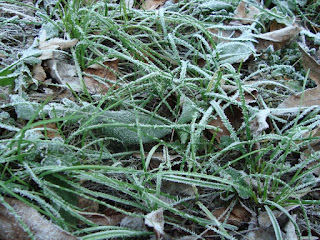 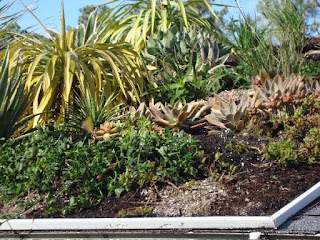 Look at the spread in the temperature range. It was in the low twenties at 5:30 am this morning - now at noon the surface temperature of the trial asphalt shingle roof is 120 degrees F.

How do the plants survive?

The above pictures were taken this morning about 7:45 am.

The plants were frozen solid. But they've thawed and are enjoying the sunshine now!

The Stress of Cold - Frosts and Freezes - on Florida Green Roofs

Tonight was the coldest night of the year with freezing temperatures reaching all the way down into south central Florida. It is still in the low to mid twenties in Jacksonville at 5:33 am.

Green roof plants have taken the brunt of the cold - sitting up on a roof, dessicated by the never relenting north winds, unprotected and exposed.

These same plants must survive in the extreme temperatures and humidity levels of the summer also.

I will be posting pictures later this weekend. Some of the plants are bit back and scarred, some may have died - but others are doing OK.

Just got back from Tampa again. I came across some native grasses along the way at a small nursery - and brought them back to Jacksonville. They are low profile grasses - nice green color and light, flowing texture - especially for Winter!

I have already placed them up on the roof.

The weather forecast is calling for temperatures to hit the teens to mid-twenties across North Florida - and into the twenties all the way down into south-central portions of the state.

Record temperatures are expected (record lows that is).

Of course, Judy and I covered our citrus and some of our tender landscape plants.

But the exciting part of the cold is to see just how 'hardy' plants are on the roof. Some of my green roofing plants took a hard hit two weeks ago. They didn't die, but sustained some scarring. Others made it through the cold just fine.

One of the more interesting observations I've seen this cold season is that you can have two identical plants on the roof but one plant has been installed earlier in the year and has had a chance to 'harden' off to the harsh reality of the garden roof, while the other freshly installed plant has not. Not surprisingly - the non-hardened off plant suffered much more damage than the plant installed in the late spring.

This tells me that there are ideal months to install green roofing plants. I'd suggest it is best to install cold-hardy plants during the cooler months and cold-affected plants during the pre-summer season (allow the roots to develop and grow into the engineered medium before the stressful weather hits.

I'll update the condition of the native grasses after tonight's hard freeze.