We had a very hot day yesterday and a cold night last night. Yesterday's temperatures of the roof under the asphalt shingles soared near 130F, 55C in the bright Florida sunlight, then dipped into the low 40's F, 4C this morning.

The green roofs stored the solar heat yesterday, during the mid-day and slowly released the heat during the night as the outside air temperatures plummeted. 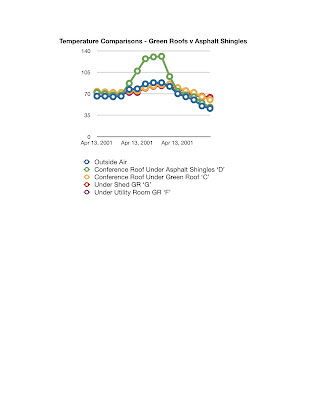